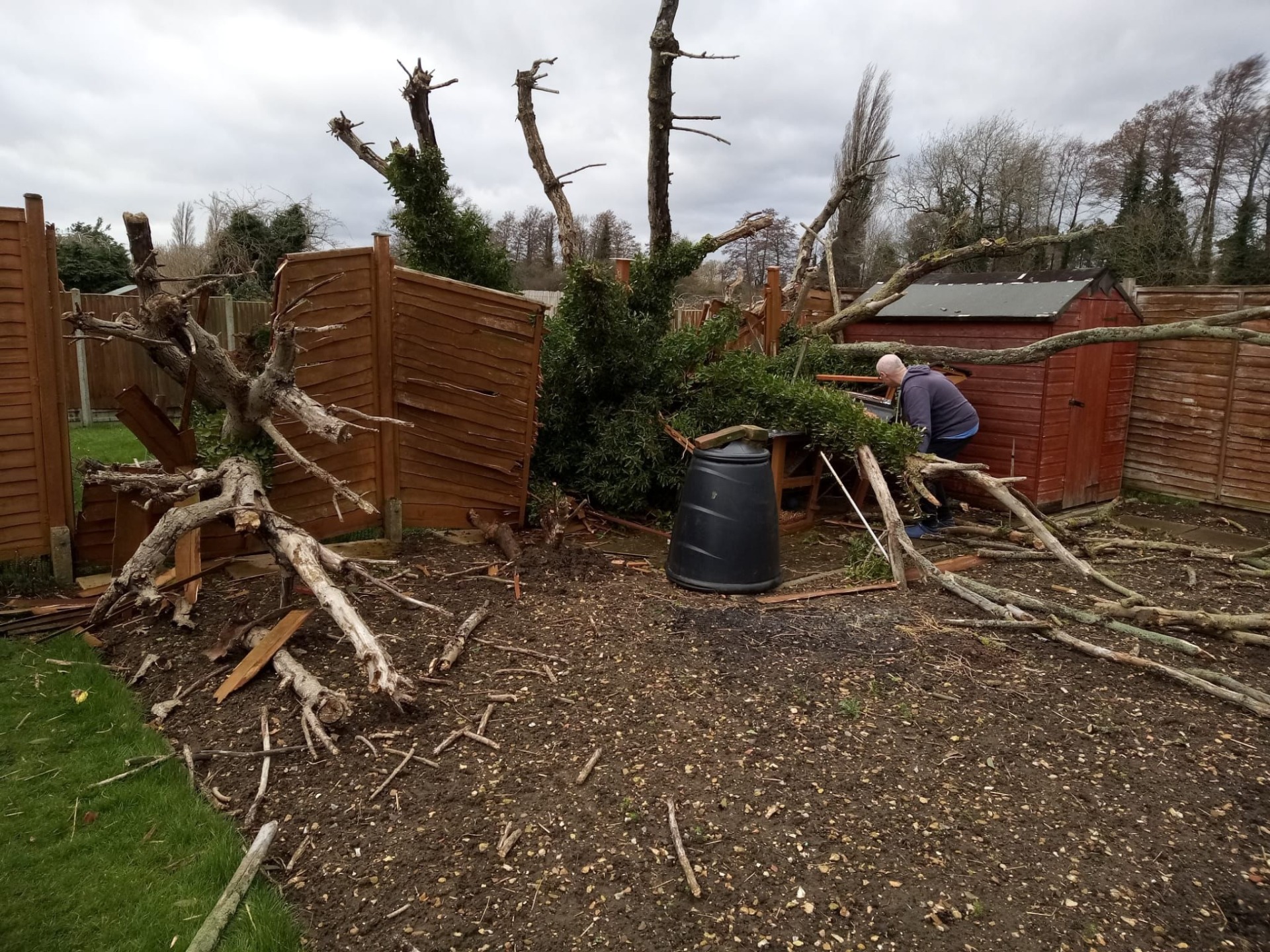 Posted on 21st February 2022 at 12:28
Widespread damage caused by three storms in quick succession.
First it was Storm Dudley, then we felt the enormous power of Storm Eunice, after that, during efforts to clear the damage we have Storm Franklin. It has been a particularly turbulent few days. The Met Office issued Red Warnings for the Southwest of England and South Wales as well as our own region of the Southeast. Wherever you look you can see signs of the storms. Fences everywhere have been damaged, either the fence has just given up under the relentless bombardment of the wind, or trees have been pushed over, smashing fencing and anything else unfortunate enough to be lying beneath. There will be some homeowners who will do the best they can to fix-up fence damage, even if it's just temporarily. For most though, the concern for pets and small children, or general security of their property will mean getting the fence repaired properly or replaced altogether as soon as possible. Merchants and contractors are already receiving an increasing number of calls and as the real damage may not be properly assessed for another few days, it seems it will be very busy in the weeks to come. Not just for Fencing & Landscaping Merchants and Contractors but also Builders and Builders Merchants with the repair of roofing and other damage caused to property.
Tagged as: European Fence Panels, fence repair, new fence panels, replace fencing, storm damage
Share this post: